In October I reviewed the Broadway revival of David Mamet's Speed-The-Plow. This play has had a rather bumpy ride since then, when Jeremy Piven dropped out for rather fishy reasons.

Anyway, as I mentioned in my review, the female role in this play was originated by Madonna in 1988. This Entertainment Tonight report covers her Broadway debut in Speed-the-Plow when she was still a hot young star (as opposed to being a hot middle aged star today). It's hard to imagine that this happened more than 20 years ago! 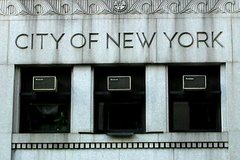 Comments
Here are some fun and useful NYC-related links. Check 'em out!